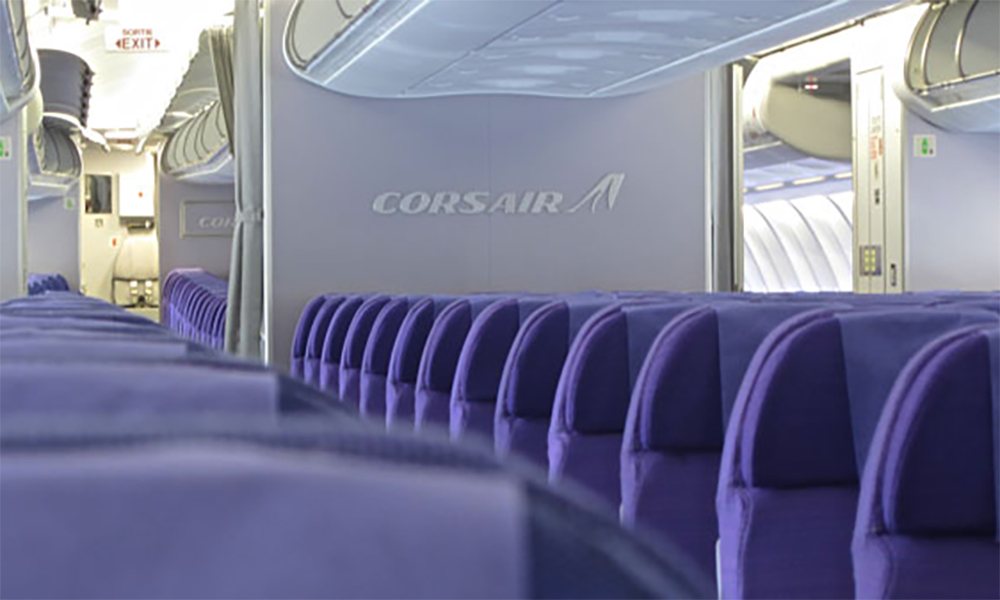 The second largest French airline Corsair received its brand new A330-300 aircraft at the Airbus delivery center in Toulouse. The new aircraft is part of a complete re-branding and re-positioning programme called ‘Horizon 2012′, which was initiated with definition of a new cabin interior design for the whole fleet by Architecture and Vision. Architecture and Vision was appointed in November 2010 to deliver design proposal for a new cabin harmony in a very short time. Up to cabin freeze in March 2011 for the new aircraft, Architecture and Vision led the airline through several design alternatives and developed all production samples for textiles, carpets and PVF films including visualization and animation. Seats were shape customized to create an individual look for the airline. Pascal de Izaguirre, the CEO of Corsair, called the delivery of the new aircraft a turning point in the history of the company. The fresh and elegant interior exceeds the expectations and lifts the previous charter airline from the TUI group to a new level.